Taking steps on different grounds that make different sounds. Keeping the silence in a large group that wanders around parts of Christiania in Copenhagen. Being in the moment, as you have no other choice than walk and listen to it. 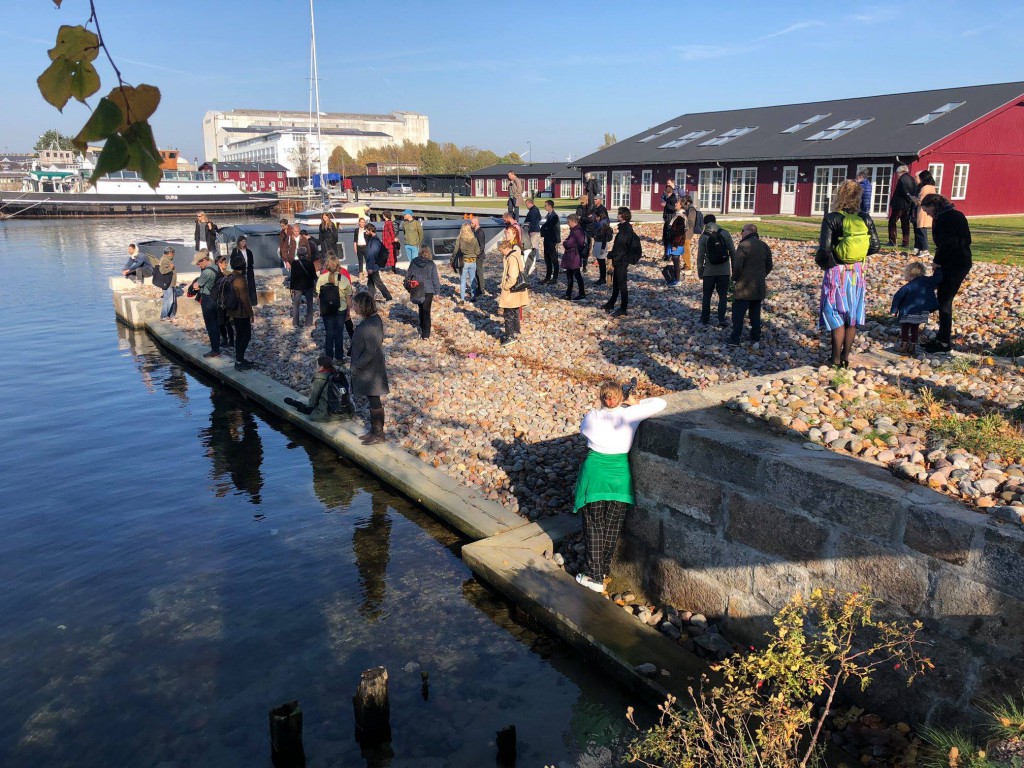 Recently, I had the pleasure to attend a soundwalk which was part of Sound Forms, a 3-day experiential symposium that took place in Copenhagen 11th – 13th of October. Canadian composer, radio artist, and sound ecologist Hildegard Westerkamp herself introduced the idea of soundwalking – that she developed with other members of the World Soundscape Project in the 1970s, in Vancouver – to the participants of the symposium. Our soundwalking experience carried the title “Soundwalking to the Rhythm of Listening”, and it included the soundwalk itself and the post-walk discussion. In short, ‘a soundwalk is any excursion whose main purpose is listening to the environment’ (Westerkamp 2007: 49). For me, personally, the experience of soundwalking was totally new and the idea of listening to places and environments was fascinating from the start.

At first, nevertheless, the idea of being silent for an hour walk felt rather frightening and scary. What if I do not know how to listen to the environment? After all, one of the brightest insights when experiencing soundwalking was facing my modern urban lifestyle and its conventions: If being silent only for an hour felt so overwhelming, maybe I should have actually been doing it more often already?

The soundwalk started from Rytmisk Musikkkonservatorium, and in a group of about 50 people we followed Hildegard Westerkamp and her Danish assistant Lasse Romer who had both developed this route the day before. During the walk, we had the chance to listen to very different sounds from stepping on the rocks to leaves in the wind and driving cars. The sounds we heard belonged to everyday life but, all the same, I approached them now in a deviant way. I relocated the sounds from the background noise to the centre of my mind and concentration. During the walk, I managed to explore them curiously, with less and less expectations.

However, I did not succeed in keeping the focus exclusively on sounds for the whole hour – as I supposed this was the purpose of the walk. It resembled a form of meditation when one realises how thoughts come and go, and the world and its sounds stay there regardless of all my thoughts. At any given point during this walk, I had again and again the option to return to all the sounds around us – and they welcomed me, with open arms. The sounds occurred and they passed the same way as my thoughts did.

It was intriguing to discover that by paying attention to individual sounds, the other senses were enhanced as well. Suddenly, I could smell the crispy autumn forest and I could see tiny details I did not notice before; I could feel, very intensively, all the effects of my movements. Even though I expected to be a silent walker, I was not. The silence I thought to be confronted with during the soundwalk turned out to be a grand opening to the rich world of the senses: the senses that anatomically and culturally constitute me as a person, but that I had the chance to discover differently now. 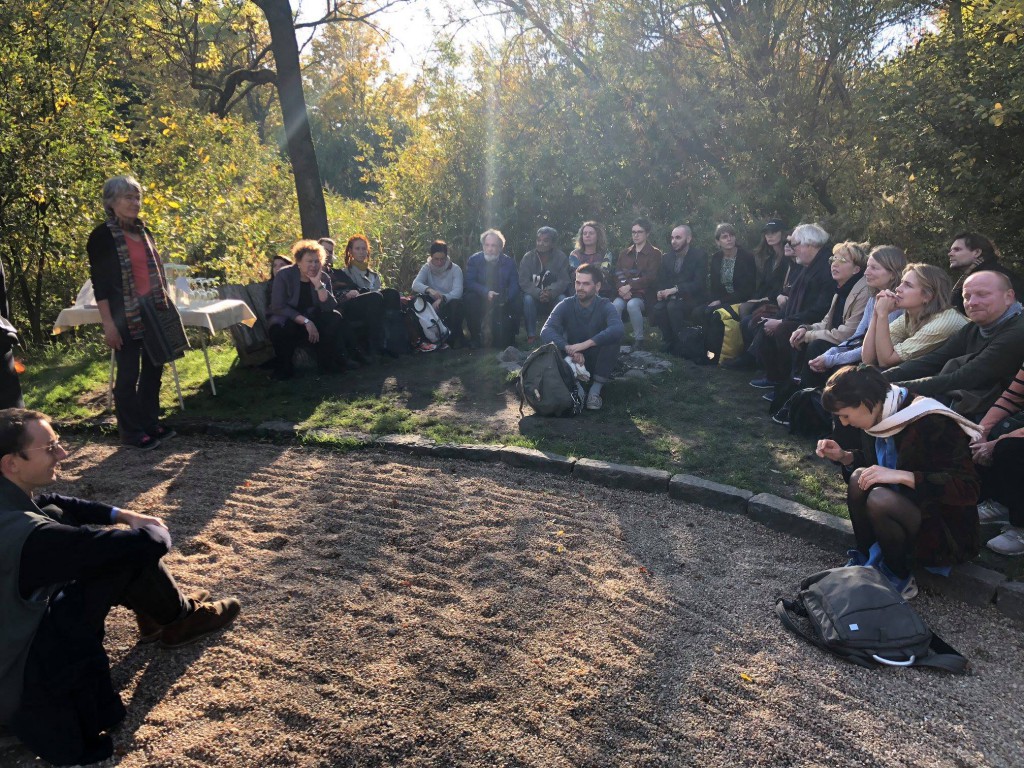 So, I realised I could confirm one expectation I had at the beginning of this walk: Soundwalking can indeed be a way to deepen one’s relationship to any place or spatial environment. Unlike my fears and anxieties beforehand, I found out that especially the supposed silence does not need to be reacted to with stress – conversely, the sounds around us can be seen as a sensory playground to explore lively and openly instead. For me, soundwalking represented a moment of calm and focusing meditation in the middle of a hectic everyday life. Luckily, soundwalking can be done alone or in a group, wherever and whenever: so, I actually expect to experience it soon again.