Recently I was delighted to attend the yearly IKK conference of the Department of Arts and Cultural Studies (IKK) at the University of Copenhagen. The conference was called “Cultural Analysis” and was organized by professors Holger Schulze, Isak Winkel Holm and Morten Michelsen who offered topics for three panel discussion that formed the core of the conference: New Engagements, New Frameworks and New Objects. This IKK conference proposed the term “cultural analysis” as “a starting point for a common endeavor across the individual disciplines”. 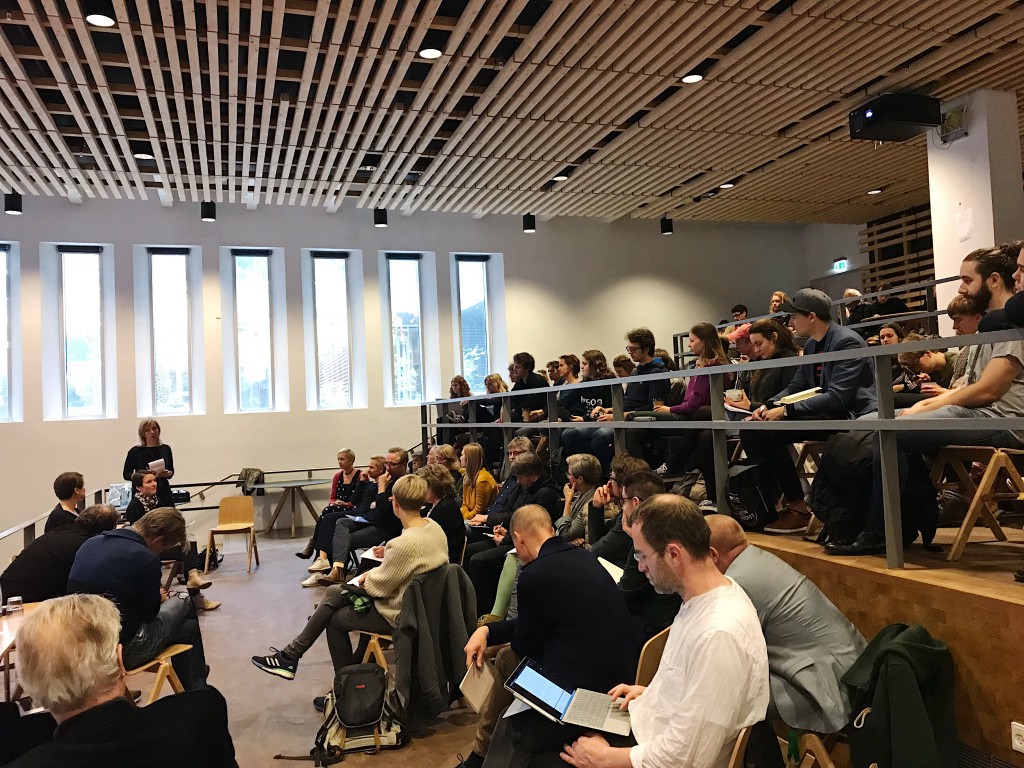 I was especially curious about the topic of New Objects in Cultural Analysis and was left wondering about precisely that aspect after the conference as well. What actually are the New Objects and how could we approach them? Are they tangible or intangible? Do they exist already or do we have to create them? Is it a matter of matter or plainly a new framework for research? For me, the conference as a whole demonstrated that New Objects are in a sense a combination of all above.

Personally, I am used to approach Cultural Analysis from the position of my own background in Cultural History. The history of writing history documents fairly concretely the various changes and approaches taking place in research; consequently research is, in my opinion, never free from the interests of its time. Research in the discipline of history – where I come from – has floated in the past from writing about authorities and state politics to an approach closer to personal, social and cultural history. This shift mirrors the widely articulated need to hear new voices and their stories. However, the main starting point for any research remains and begins with being curious and wanting to know: what do we want to know and why? This question values the purpose of the research and defines what actually are the objects worth to be studied.

This question then leads to my main point here regarding New Objects. I suggest that what specifies new objects for our research is not the objects as such – but the questions that we bring to them which thus bring them up to the stage. In other words, the actual objects do not need to be something new – rather, the questions themselves are. They reflect our new interests and topics we want to know more about. This desire to know lets then new questions arise.

New questions hence function also as a consolation why cultural historians will never need to worry about running out of objects to study. In most of the cases, I would argue, research in history tends to twirl a lot around the same objects by simply posing new questions again and again to them. The long history of warfare is a classical example for this: no matter how much World Wars of the 20th century have been analysed and examined they have not become irrelevant as objects of research. On the contrary, they stay steadily in fashion thanks to the ever-new questions scholars have proposed to them.

So, at this moment, it seems to me that what is new in cultural analysis is indeed an interest in specific things that have been judged irrelevant before, for a longer time in research history: aspects of sensuality, personal experiences and narratives behind previous authorities and conventions of research are now on the table. In this conference at the department, we had for instance one insightful example of the sound of butter making, presented us by postdoc Melissa Van Drie. Her work at the intersection of food and sound studies crosses boundaries and necessitates new approaches and ways of doing. This characteristic new curiosity towards everyday life, materiality, actions and agency makes us want to know more. In this way, we realise that there is actually a need for research that further makes these new objects interesting and valuable to dig deeper into.

To conclude, New Objects are as a matter of fact tightly connected to the New Frameworks of cultural analysis. By raising the questions that touch on hitherto inexperienced areas of research, scholars need to find ways and concepts to explore them. As a methodological practice, this creates and designates the objects of study yet more. The practice of contesting the old and asking new questions is the actual object that has changed and characterises cultural analysis. As our interests transform and shift their shape furthermore, also this transformation will change again in future research. The relevance of New Objects lies in these new questions, as I see it: how could we know more and utilise cultural analysis even further if we do not know how to ask?