The formal structures of time collapse, regress to mud, and space is pushed back and forth until it bends to be trampled by the pulsations of alien music, while the thinking space becomes seasick (Kodwo Eshun)

This is the disruption as it can be experienced when ultrablackness hits you. When the all-consuming, all-absorbing and all-imploding might of ultrablackness exercises its power of radical, pervasive and fundamental negation. The one message, the one action, the one intervention of ultrablackness is taking an axe and ramming it into the fake common ground or shared table and says: NO. 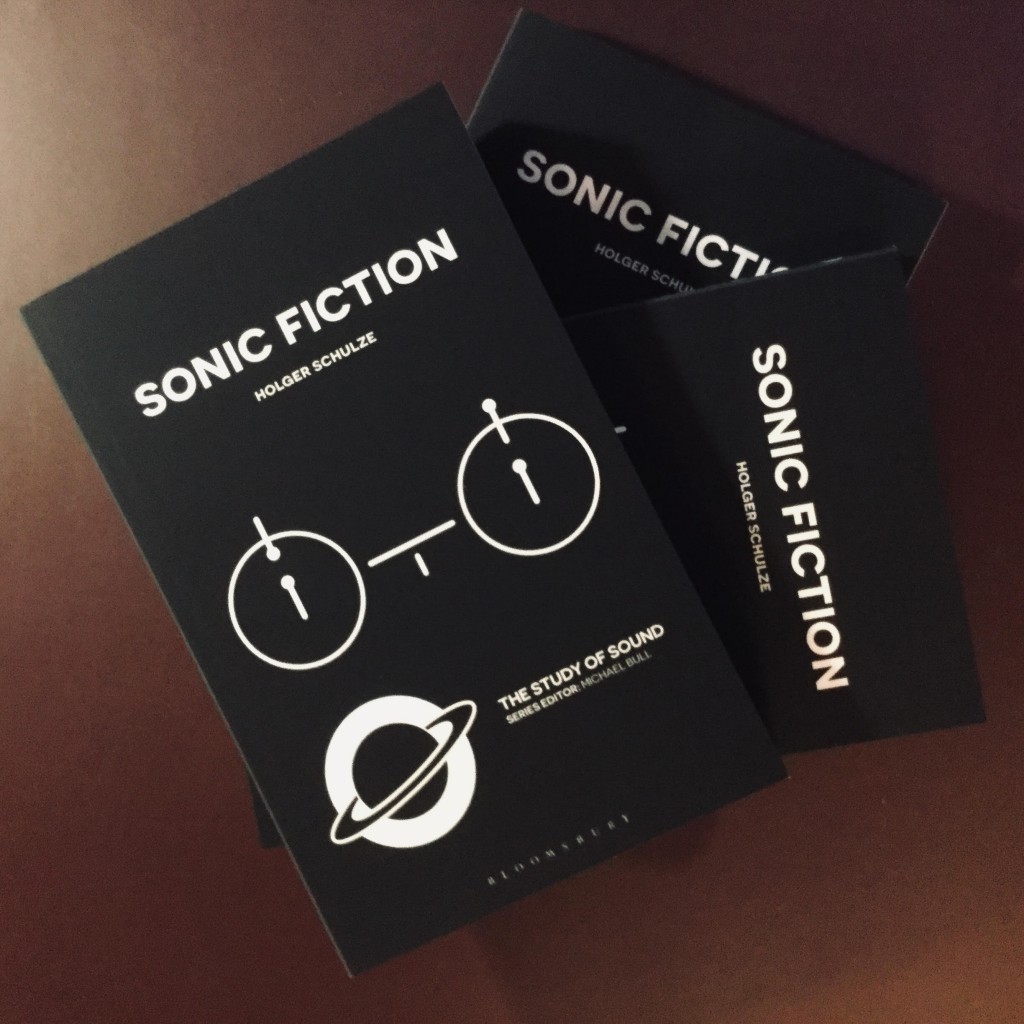 Sonic fiction is everywhere: in conversations about vernacular culture, in music videos, sound art compositions and on record sleeves, in everyday encounters with sonic experiences and in every single piece of writing about sound. Where one can find sounds one will also detect bits of fiction.

The idea for this book – the first introduction on the pre-history, the applications, and the subsequent effects of Sonic Fiction – was born in several weeks in the spring of 1999, when I read the German translation of More Brilliant than the Sun by Dietmar Dath, titled Heller als die Sonne: Abenteuer in der Sonic Fiction.

DJ, music critic, and video essayist Kodwo Eshun proposed the concept of sonic fiction first in this book. Originally, he did so in order to explicate the manifold connections between Afrofuturism and Techno, connecting them to Jazz, Breakbeat and Electronica. His argument, his narrations and his explorative language operations however inspired researchers, artists, and scholars since then. Sonic Fiction became a myth and a mantra, a keyword and a magical spell.

Since then I discussed, applied, transformed, and worked on the concept of sonic fiction in numerous talks, paper presentations, academic articles, book chapters, and course modules. The ideas then developed into the chapters that constitute now this new book.

SONIC FICTION turns your mind into a universe, an innerspace through which you the headphonaut are travelling. You become an alien astronaut at the flightdeck controls of Coltrane’s Sunship, of Parliament’s Mothership, of Lee Perry’s Black Ark, of Sun Ra’s fleet of 26 Arkestras, of Creation Rebel’s Starship Africa, of The JBs’ Monaurail. (Kodwo Eshun)

In six chapters it explicates the inspirations for and the transformations of this concept; it explores applications and extrapolations in sound art and sonic theory, in musicology, epistemology, in critical and political theory. Sonic fiction is presented in this book as a heuristic for critique and activism.

You can have a look at the Table of Contents and you can order the book on this webpage directly from Bloomsbury Academic.