Today I want to continue my account of the impressions and insights I gained visiting the Supersonix conference in London (21-23 June).

Unfortunately my overall experience was not completely positive, but there were also several things worthy of critique:

Although this doesn’t sound very good, it was still a great conference with many compelling speakers and interesting artistic performances. Of course there are always problems when several big institutions work together for such a complex event.

One example of a great talk and discussion was Jonathan Sterne’s lecture on MP3: A Hundred-Year History of a 19-Year-Old Format in Under an Hour. 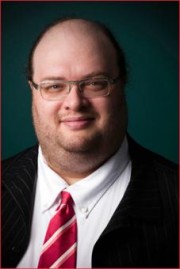 The talk was kind of a prelisten to Sterne’s forthcoming book MP3: The Meaning of a Format.

Several aspects were especially interesting to me. As most people know, MP3 as a lossy file format uses a form of perceptual coding to reduce the audio data. Now Sterne dug a little into Fraunhofer Institute’s development of the format and the perceptual model they used.

They drew on the then existing knowledge of psychoacoustics text books to decide which frequencies could be left out, for example. Apparently the first results were terrible. For the kind of use they had intended – the whole format was designed already with industrial implications in mind – they needed to repeat many experiments, because the original data they had was not based upon listening to human speech or music, but on tones and bursts of noise. It is important to notice that these experiments included a rather limited pool of people, who were expert listeners. The numerical knowledge about the frequencies we can hear etc. was not somehow mathematically calculated or determined by measurements with scientific instruments, but is dependent on the evaluation forms used and the verbal accounts of these people’s listening experiences during the tests – at least that’s what I understood.

Sterne also told us interesting details about the history of such experiments and tests concerning perception and coding of data for mediated communication purposes. One of the main points of his research is the emphasis he put on the existence of a general history of compression. This history of compression is supposed to be a yet untold history opposed to the hegemonic narrative of an increasing technical definition of audiovisual media. Compression undermines on a technical level the everyday life notion of verisimilitude of media. Especially when it’s not a mathematical kind of compression, where it is possible to save data by subsuming recurring blocks of data, but compression based on a perceptual model, it is obviously very important to reconstruct that model and the specifications and circumstances of its development.

To get back to the critique at the beginning of this post, on a formal level Sterne’s talk was also pretty compelling, because he succeeded in starting a discussion. Therefore he used an interesting means: he asked people to start the debate firstly with their neighbours, so that everybody could switch into an active mode again. This turned out to be a good idea and many interesting questions popped up afterwards.